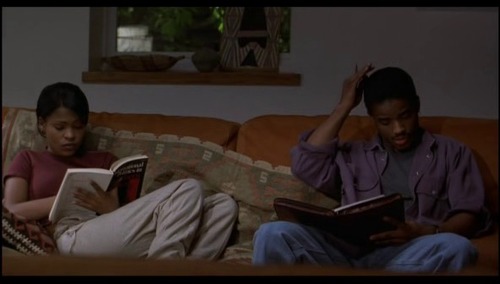 In a departure from my usual reviews, this is, as you may have guessed, a (somewhat random) tribute to Love Jones, the 1997 film written and directed by Theodore Witcher – incredibly it was both his debut, and also the only film I can find credited to him as writer/director to date. A travesty. Here are 10 reasons this film is greatness.

If you haven’t yet seen Love Jones, get thee to a DVD or streaming service. You won’t regret it.

You Gotta Check Out My Blog

Is That the Date?